Various Stages of Baldness and How to Treat It Countless people around the globe have been affected by baldness, regardless of gender or age. Baldness may be linked to a wide range of issues. One of these traits may be passed down through generations. You may anticipate hair loss if you have the hair loss gene.

Baldness may also be caused by a lack of specific nutrients in the body. Hair loss may be caused by zinc, iron, or vitamin D deficiency. There is no one-size-fits-all explanation for thinning hair. It is critical to determine the cause of your hair loss before deciding on a treatment.

We will go through the various causes and stages of baldness and how to treat it in this post.

Baldness may be caused by a host of factors. A person's health is influenced by a number of factors, including their chronological age and gender, as well as their family's medical history and genetics. Some of the major causes of baldness include:

As per the Mayo Clinic's research, this is generally the most significant cause of baldness. You begin to lose your hair as you get older. Androgenetic alopecia is the medical name for this disorder. Male and female pattern baldness are both loosely referred to as this.

There is a noticeable shift, but it's gradual. When it comes to men, they'll notice a receding hairline, while women will notice thinning hair, especially around the crown.

Hormonal changes can cause hair loss in pregnancy, childbirth, and menopause. Hair loss can be made worse by problems with your thyroid and the cortisol that your body makes when you're stressed.

Certain medical conditions, including arthritis, gout, hypertension, depression, and cancer, may cause temporary or permanent hair loss as well as baldness due to the usage of certain medicines to treat these conditions.

Scalp infections may cause bald spots. There are some skin conditions that can cause hair loss and, subsequently, baldness. Those who suffer from lupus and psoriasis have very dry skin. As a consequence, the top layer of their scalp skin might be shed off, resulting in hair loss.

The way you care for your hair on a daily basis might also have an impact on how quickly or slowly you lose your hair. Hair follicles might be damaged by wearing your hair in a tight/rigid ponytail or in cornrows for lengthy periods of time. Hair loss might occur if you wash your hair with harsh water. It is also possible to permanently damage hair shafts with the use of heated hair styling appliances.

Oil treatments without contacting a dermatologist or determining the kind of scalp are among the most frequent blunders individuals make. Using an oil treatment on a scalp that is already oily will only make things worse. Hair straightening, coloring, and dying may potentially lead to baldness.

Stress or a traumatic event may cause an increase in hair loss in many people. If these natural triggers aren't taken care of quickly, they could have a long-term effect.

Hair loss and baldness affect millions of people throughout the globe, so it's important to recognize this fact. Despite the fact that it is undesirable, it is not a symptom of an underlying medical problem in most situations. There are enough clues in your body for you to recognize it.

A receding hairline is one of the most noticeable signs of baldness. As a result of this condition, men are more likely than women to have thinning hair as a result. Even in the midst of adolescence, some men begin to see a receding hairline around the temples, which is normal as we age.

If nothing is done, the hairline will continue to recede. It might be due to a shift in hormones or a family history. Changes such as menopause and an increase in testosterone have been linked to this shift.

Rated 5.0 out of 5
11 Reviews Based on 11 reviews
Hairfinity
HAIRFINITY DHT Blocker
view product

Rated 4.9 out of 5
6369 Reviews Based on 6369 reviews
Hairfinity
HAIRFINITY Healthy Hair Vitamins
view product
Save

One of the most noticeable symptoms is the appearance of bald spots. Alopecia areata is another name for this disorder. Hair loss might be seen on the scalp, but the overall health of the tresses is not affected.

Hair follicles with a weakened immune system are more susceptible to this autoimmune disorder. Psychological stress is also a factor in the development of spot hair loss.

A treatment for alopecia areata is not possible, but there are ways to avoid it. Hair regrowth might occur in the afflicted region using cortisone injections. In order to avoid aggravating the problem, it is best to use sunscreen on your scalp.

Excessive hair loss, brittleness, sluggish hair growth, and a dry scalp are some of the most prominent signs of baldness.

Getting bald doesn't happen in a day. It happens in phases, and scientists use a scale to gauge its progress. James Hamilton created a baldness scale in the 1950s to help men track their progress. In the 1970s, Dr. O'Tar Norwood made improvements on this scale.

The Norwood scale categorizes baldness into seven distinct phases. In aspects of hair loss, the scale goes up and down. The following are the stages:

The control stage is what it's called since it's when everything is within your control. Having a head full of hair makes baldness almost undetectable to the person who sees it. A person may lose a lot of hair quickly, yet the hairline doesn't alter at all.

Treatment: You don't really need to treat the first stage of baldness. However, it is still important to keep an eye on your hairline to see if there are any changes in the area.

At this stage, the hairline begins to reverse from the temple area. Although the hair loss is noticeable, it's not as bad as it was before.

Treatment: Hair loss drugs like finasteride and minoxidil may be an option if you have stage 2 hair loss. Finasteride reduces DHT levels in the body, while minoxidil promotes hair growth.

This stage of hair loss is extremely obvious and may be readily seen in most people. At the temple, the hairline recedes even farther, forming an M-shape The third stage, or stage 3A, is the tier A version. There is no noticeable drop in the hairline at this time.

Treatment: Hair loss drugs like minoxidil and finasteride may halt or stop additional hair loss at this stage. It may be possible for you to grow back most of the hair that has been lost from your hairline or crown.

Stage 3 vertex has a less dramatic shift in the hairline than Stage 3. It's possible that the hairline is unaffected, but the crown is bald. Bald spots may appear on the heads of certain males.

Treatment: It's possible that hair transplant surgery might help you get back your hairline since you still have a lot of hair remaining at this stage.

At this point, hair loss is noticeable. There is a distinct U-shape to the hairline as it recedes further. At first glance, the crown area looks to have a larger bald patch than usual. Even so, there will be a few stray hairs in the space between them.

If you have no bald spots on the back and sides but your hairline is creating a U-shape, you are in stage 4 of hair loss.

Treatment: Take immediate action if you want to slow down or halt your male pattern hair loss in stage 4 (or earlier).

It's doubtful that you'll be able to recover much hair if you're suffering from this severe kind of hair loss.

Finasteride and minoxidil, on the other hand, may help you keep the hair you already have and even make it thicker and cover more of your head.

Hair transplant surgery may still help you get a thicker and fuller hairline and scalp at this stage of baldness.

Treatment: As hair loss progresses, it becomes increasingly difficult to cure. There are fewer alternatives for therapy if you suffer from severe Type 5 hair loss than there are for lesser types of three or four hair loss.

Medications such as minoxidil and finasteride might help to keep your hair loss at bay.

However, if your hair loss is serious, don't expect miracles from medicine.

If you'd want to cover your scalp and hairline, hair transplant surgery may be a possibility at this time.

Even so, it's crucial to keep realistic expectations in mind since your donor hair may not be adequate for total coverage.

It's impossible to see a hairline between the thin hair and the bald spot on top. There isn't any hair on the top of the head or around the temples to be seen. No hair is visible on the head except for a few strands on each side. At this point, a person's hair is almost gone.

Treatment: It's impossible to treat your male pattern baldness with medication at this stage.

There are medicines called finasteride and minoxidil that can help stop more of your hair from falling out, but because you've already lost so much, it's not likely that these medicines will have a big effect on your hair.

A hair transplant may be able to help you regain part of your hair, but it's doubtful that surgery will be able to completely restore your hair. You may have to go through a series of treatments to get the desired outcome.

This is the last stage of male pattern baldness. Sideburns and eyebrows are also bald. Only a narrow band of hair extends beyond the head. Any new hair growth is flimsy and won't last.

Treatment: By the time you get to this point, you have very few alternatives.

Since your hair loss is already so severe, finasteride and minoxidil aren't likely to have much of an effect on your hair's thickness or appearance.

Although a transplant may provide some coverage, it's doubtful that you'll get enough donor hairs to provide a desirable look.

The only other choice is to shave your head and come to terms with the reality that you are now bald.

Is It Possible to Reverse Male Pattern Baldness?

Topical treatments may help you avoid hair loss and encourage hair growth. Male pattern baldness (pattern hair loss) is often treated with baldness in mind. It's far simpler to slow hair loss than it is to increase hair growth.

A hair follicle's ability to create hair is lost after around two years of inactivity. Hair follicle treatment might just be the best solution for those who have had significant hair loss. Another option to conceal your masculine pattern is to have your scalp reduced and micro-pigmented.

When brushing, use a wide-toothed comb and a laser light to prevent pulling hair out. Make sure your scalp and hair are kept clean if you can't do without wearing a hat.

Certain men with male pattern baldness who are unable to re-grow their hair may be candidates for scalp micropigmentation treatments. It's encouraging to learn that treating traction alopecia at its root may restore hair growth.

The skin is penetrated and hair growth is stimulated using small needles and high-end technologies. Prescription medications such as topical minoxidil, which stimulate hair follicles as well as blood flow, may potentially be an option, according to several academic research organizations (platelet-rich plasma). You may really benefit from these therapeutic choices and medical treatments.

Many people have been affected by baldness throughout history. Early detection and talking to a doctor are important parts of a good treatment plan for baldness.

Benefits of Texlaxing Over Relaxing

Stay in the loop

Hair Loss in Pregnancy: Why It Happens and What to Do About It

4 Vitamin Deficiency That Can Cause Hair Loss

Be the first know

Sign up for our newsletter and get direct access to healthy hair tips, new product alerts and special discounts.

0 items in your cart
FREE SHIPPING WITH ANY $75 PURCHASE

Your shopping cart is empty. 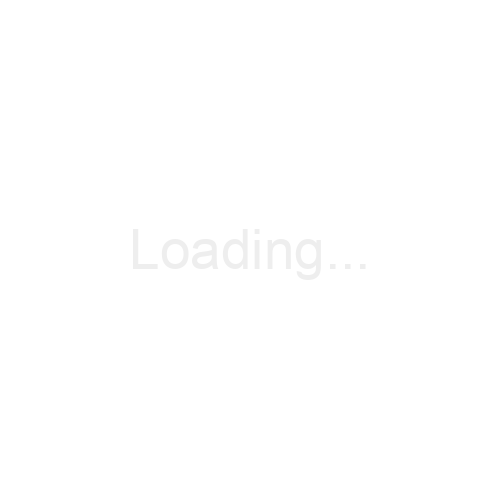